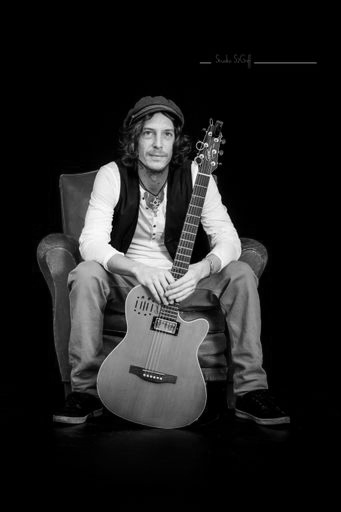 Born in 1982 in Gennevilliers, Dafra by his real name Valentin Lepagnez, is a child of the
suburbs, but also the countryside. between the two are heart swings. Of his parents
from Lorraine, he will always keep this love for nature, and its expanses of fields
as far as the eye can see, which will curiously echo in Mississippi. Captivated since the youngest
age by blues and folk music, from adolescence he began to compose and write his
first songs. In English as in French, he tries to inscribe his music in the lineage
folk-singers of yesteryear, witnesses of their contemporary society. Multi-instrumentalist juggling with
the styles (blues, folk, rock, soul, rock, reggae…), he creates his own mixed and original repertoire. 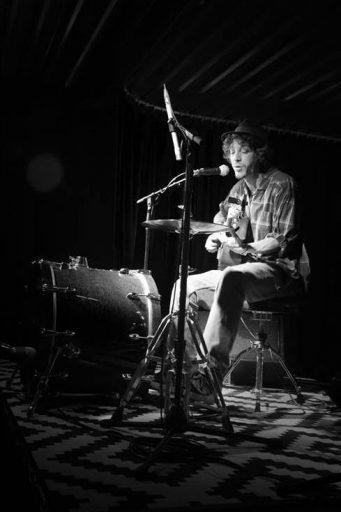 In 2010, He Decided To Devote His Life To Music Only, And To Start Performing A Little Everywhere In France, Under The Name Of Valentin.

From this new beginning, and from this exchange with the audience, comes the urge to intensify the power of its performance.He was accompanied by a bass drum and a Charleston at his feet, making him a man orchestra.

He records an EP Auto-Produced in 500 copies, Quickly Sold Out.

Follows a Road-Trip in the USA from New York to New Orleans. From this “Journey” as it will later qualify it, born a documentary and a true return to the roots of its deep inspirations, the Delta-Blues. 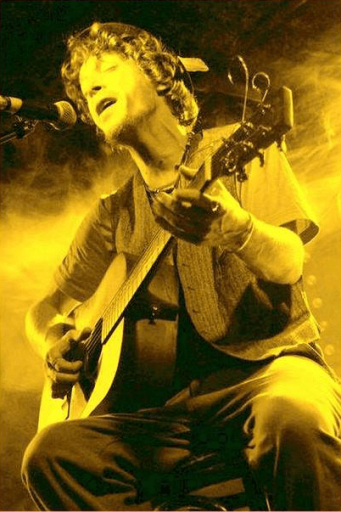 It is during a trip to Burkina Faso that he will be nicknamed by local artists «Dafra», a sacred fish among the Bobo Mandaré, ethnic group from Bobo-Dioulasso.

His sincere music, with careful lyrics, possesses a wicked catchy groove, without artifice, authentic and generous. His powerful voice bears the stigma of long hours of communion with the audience, the fruit of his life experiences that he exalts on stage.